Ray Maseman was born in Des Plaines, IL, and grew up in the northwestern suburbs of Chicago and in Colorado. Currently residing in Albuquerque, NM, Ray is a high school librarian and professional printmaker. Earning a BFA in printmaking from the University of Denver, Ray works with intaglio techniques with an emphasis on etching. He uses "less-toxic" methods in his art, without the solvents and acids used in traditional printmaking. Working figuratively, he likes to juxtapose incongruous elements to create whimsical narratives. 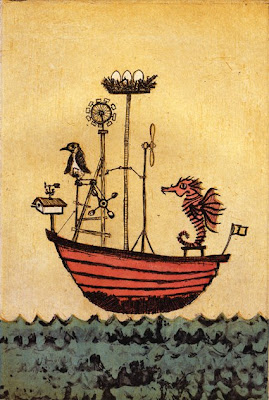 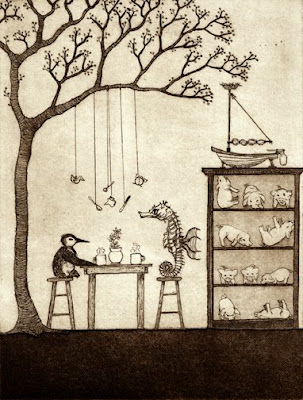 His influences include fairy tales and myths, his experiences with children as a teacher and parent (of 3 children), Jungian psychology, Surrealism, the landscapes of New Mexico and Colorado, and various children's book illustrators, especially Peter Sis and Tomie dePaola. 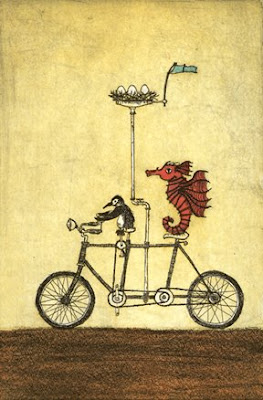 "In my work a preoccupation with voyages and quests plays out over a variety of locations on land, sea, and air. Within these scenes, I introduce anachronistic modes of travel and incongruous characters. These protagonists travel through their world, perhaps looking or searching for something. They don’t know where or when they will find it, or maybe even what 'it' is, but they have an abiding faith that they will reach their destination. Underlying much of my work are reflections about home—whether it is a place one is going to, leaving from, or is carried within.

My interest in anachronistic vehicles is reflected in my choice of printmaking as a medium. The process is grounded in 16th century technology, yet can make use of contemporary developments in etching grounds and inks. Working as a printmaker, especially in etching, is an engaging mixture of art and science that allows me to build up a matrix of information on a printing plate. The printing process then allows me to play with the use of color and further reflect on the image while producing an edition of multiple prints." 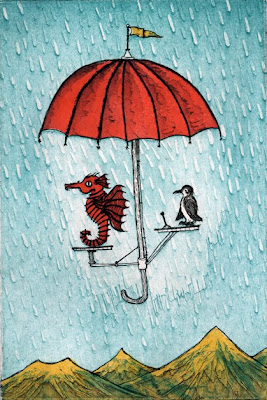 For more information on Ray and his art, go to http://raymaseman.com.
Posted by Amy A. Rudberg at 3:21 PM