Peter Brickell, a chemist, photographer, and printmaker, was born and grew up in Montreal, Canada. While working as a chemist, Peter is completing a BFA in Photography and Printmaking at the Ontario College of Art and Design in Toronto. As a self-taught photographer with 30 years of experience in the medium, he guest lectures at Ryerson University on the topic of early photomechanical reproduction processes. Recently, Peter has included historical photographic processes and photogravure printmaking in his art practice. 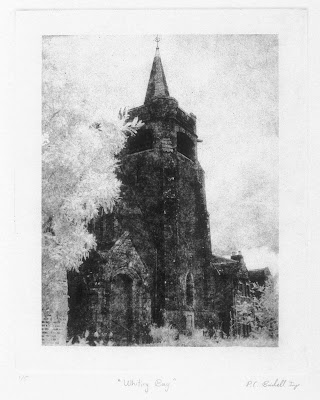 "Photogravure is an intaglio type process and involves transferring a photographic image to a copper etching plate for printing. It was one of the first processes developed to reproduce photos on a printed page. I use it for the enormous amount of control that is possible in interpreting the image while creating a final printed work of art. It also produces a truly permanent image which no photographic process can yet match.

"All my images are created from my own photos, many of which are made with black and white infrared film. I work exclusively in conventional film-based photography, and the printing processes I use are all carried out in a conventional optical/chemical darkroom and studio. I work this way not because of any dislike of digital media, but simply because it is what I know and do best.

"I consider myself a landscapist in the broadest sense, where subjects may be urban, natural, or human. I admire the work of many of the Pictorialist photographers of the early 20th century, and my work embraces many of their aesthetic values." 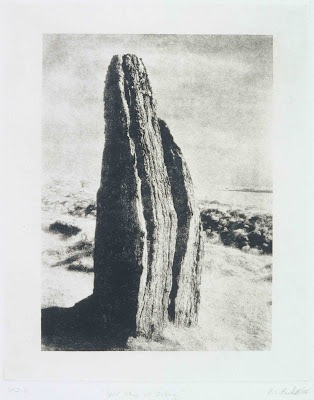 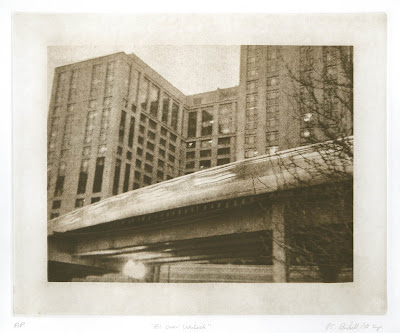 Recently Peter's work has appeared in various printmaking shows in Toronto, Montreal, and New Zealand as well as previous CPC shows in Chicago and the Toronto Nuit Blanche event. Peter is represented in North America by Cannington House Gallery, Oakville, Ontario, Canada, and in Australasia by Grodetz Works on Paper, Wellington, New Zealand.

His work is also sold through his studio in Toronto, and he can be reached at brickell@eol.ca.
Posted by Amy A. Rudberg at 11:08 AM