Kim Laurel, painter, printmaker, and collage and mixed-media artist, has been a member of Chicago Printmakers Collaborative since Deborah Maris Lader opened its doors 19 years ago. Born in Cleveland, OH, Kim has lived in Chicago since 1982. Studying at Oberlin College, Cleveland Institute of Art, Cleveland State University, and Illinois State University, she has exhibited in the US, Canada, and England. 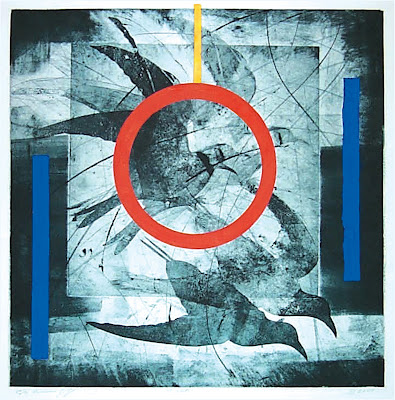 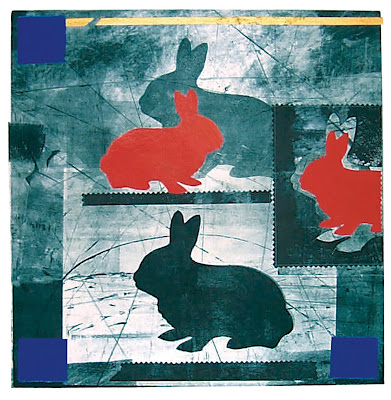 "My recent work investigates symbolic forms and shapes. Icons and totems have sociological significance. Primal experiences, nature, and personal identity, for example, so basic to our understanding of existence, are symbolized in this totem world. Cultural icons explore the associations of figurative images and objects.

"Utilizing printmaking and collage as an extension of drawing and painting, I have found that in the realm of two dimensional expression that mixed media collage is the most authentic and subjective tool to express my voice." 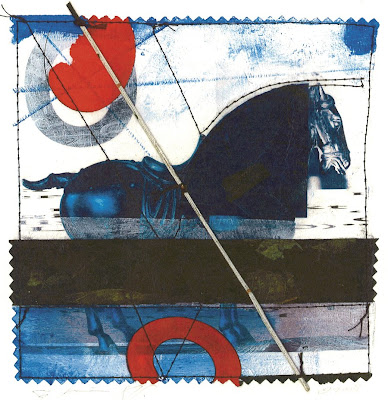 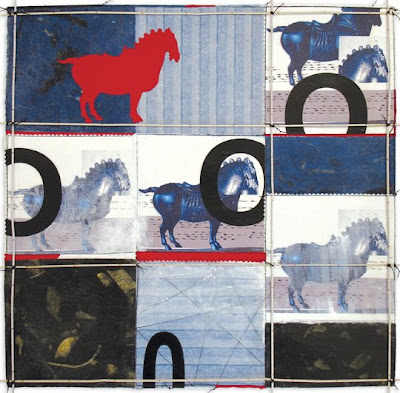 For more information on Kim and her art, go to http://www.kimlaurel.com.
Posted by Amy A. Rudberg at 5:45 PM