After my watercolor class, I drove to the 4001 N. Ravenswood building at the corner of Irving Park and Ravenswood to visit artist and printmaker Bruce Thorn at his studio. It was a cold and rainy day, but I was able to find parking near the El (elevated train) on Ravenswood. I entered the building and called Bruce, who then buzzed me in. Rather than taking the stairs, I wanted to use the old elevator, whose capacity was maybe 6 people packed together. I had to pull open two heavy metal gates to get into the elevator and then closed them securely to get the elevator to work. I then went through a door and then a long hallway, where Bruce met me to take me into his studio, which turned out to be very warm and inviting. 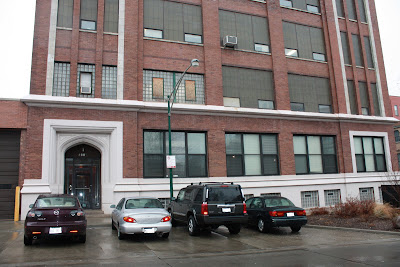 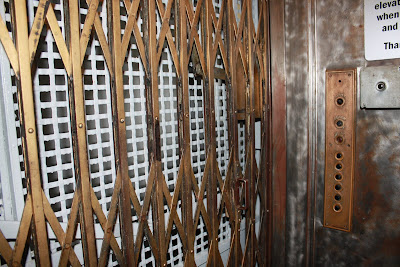 Bruce had finished rehabbing a house for resale at the end of last year and wanted to do his artwork in a studio setting rather than at home, and he found a space that was ideal for him in terms of size, function, comfort, and community. The space is 15' x 55' with three large south-facing windows. The ceiling is 12-ft high, and he has 120 running feet of wall space since the bathroom and slop sink are outside in the hallway. Bruce installed picture rail molding where the walls meet the ceiling, so he can rehang his art work without damaging the walls. The studio contains all hand-built work tables (four), a desk, chairs, a small 90-lb Etan press, two easels (his son Tobey occasionally works in the space), scaffolding, and miscellaneous equipment. 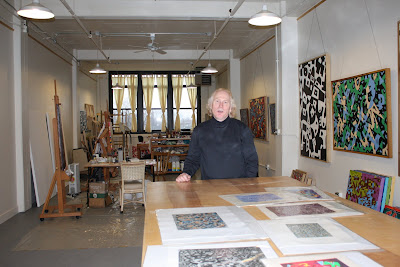 Bruce's studio practices: "The idea is to have a work and display space in the same environment, kind of the traditional artists' way. I've learned that the studio can be fully utilized without making a huge mess. Presentation is very important, so I keep it professional. I prefer day light for working because it creates less strain for the eyes, and color seems correct. Sometimes I listen to music, sometimes to the traffic outside the window, often to silence. I keep a guitar around so I can take breaks and musically interact with the visuals. Usually I work about six hours a day. I believe an artist has to be able to work no matter what is going on. If I get tired of painting, I carve linoleum. Art is an engaging activity, and I feel fortunate that I'm able to do such a wonderful thing." 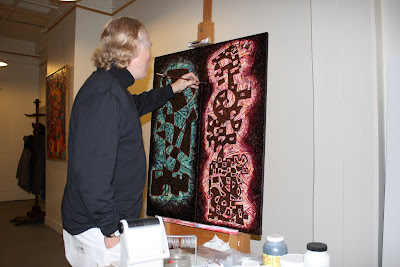 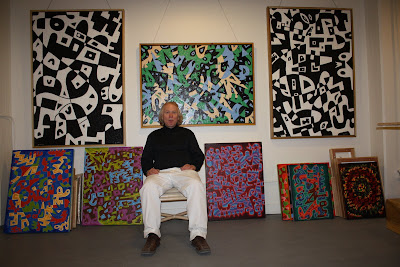 "My work with images emphasizes invention and questions ways that we form associations and meanings. The artworks do away with narrative, replacing it with the vocabulary of color, shape, line and movement. Meandering line often serves as the beginning of a process, suggesting forms and interactions. Anthropomorphic, organic and geometric shapes offer multiple, ambiguous interpretations. Simplified visual vocabularies are utilized to enable complex results." 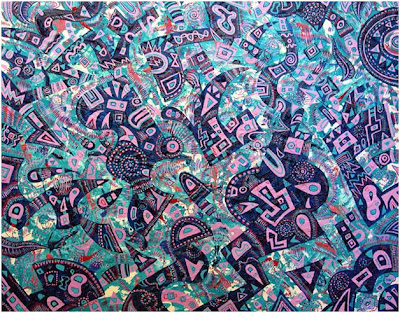 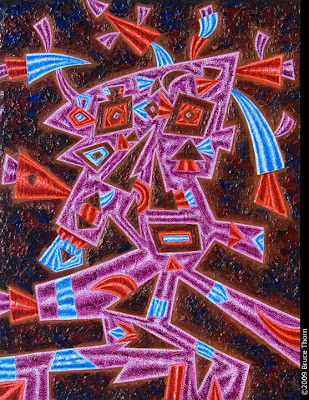 "At first glance, these images appear to be nonobjective abstractions, teeming with enigma. Upon further study, one can discover references to urban and natural environments. Eyes, faces and figures abound. Crowds and sounds of the city converge. Fluid movements, curves, vortexes, color schemes and exquisite details reference the natural world of landscape, ocean and sky. These are objective and subjective abstractions of the world we live in. The message here is about the freedom to imagine and enjoy."

"I am attracted to both the microcosmic and the macrocosmic. How much information can be gained from a close reading of details? What coherent, elegant and powerful messages are offered from an overall glance? What is hidden, what is exposed? The images work well from a distance or close up. From a distance, many are simple and graphic. Upon closer viewing, they offer subtle details and rich textures." 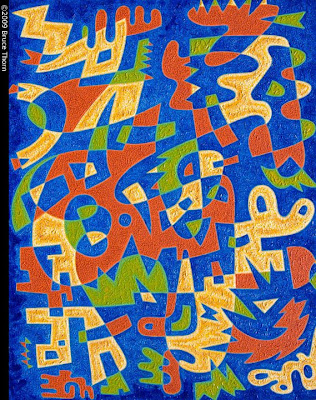 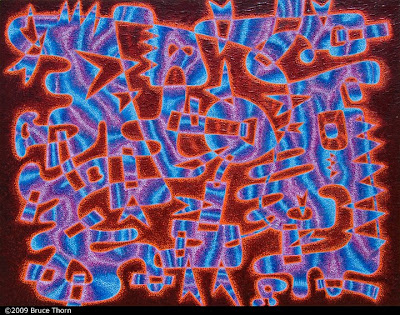 "My work addresses the notion that life confronts us with chaos and that the arts help us to come to terms with this chaos. These artworks encourage contemplation and exploration of conflicting beliefs, assumptions and cognitive processes." 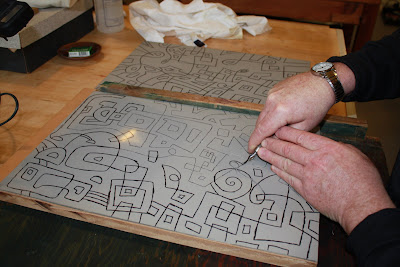 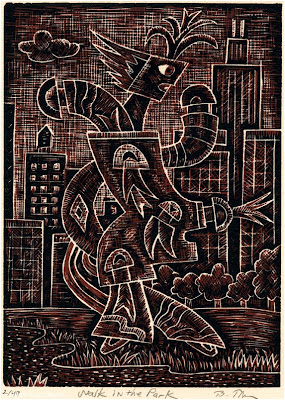 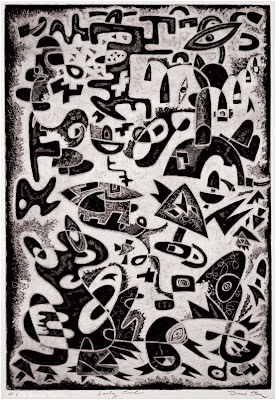 Before our meeting, Bruce had emailed me a press release about celebrating his Fantasy Exhibition Series at his new studio on March 1st. He said the press release -- depicting his art in an upcoming MOMA (Museum of Modern Art) show as well as participating in a Sotheby's auction and a signed photo of Obama standing in front of Bruce's art -- is what he calls a "parody" of the "valuation of artists and their work." In other words, the press release is a "fantasy," but his opening on March 1st is real. Join him at his open studio at 4001 N. Ravenswood on Sunday, March 1st, 1:00 to 6:00 p.m., featuring live boogie woogie piano music by Erwin Helfer. 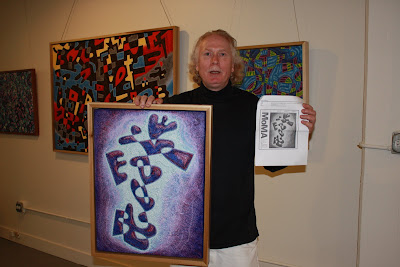 For more information on Bruce and his art, go to http://www.brucethorn.com.