This blog installation is part of Chicago Connection: The 5 Artists Project, showing through November 1, 2008, at Ossia Fine Arts Space in the Fine Arts Building. For the duration of the show, anyone coming into the gallery on Fridays from noon to 4 p.m. will be part of the blog.

Nancy Bechtol, artist and videographer/photographer, stopped by the gallery. She commented, "The pieces show natural formations but you also get the sense of the urban. They are contained within boundaries, like a grid, but there is an expansiveness to them. You are brought into the pieces and they contain their own universe. You see an intensity of craftsmanship and beauty of an intricate nature."

A Chicago artist whose work spans several media and styles over a 25-year period, Nancy is currently getting ready for her upcoming ARC gallery member show (Does It Matter?), which will feature her Light Ride Series of digital photography. For this series, while her husband drove on the expressways and through small towns in Illinois, she sat next to him and "drew with her camera" to capture spontaneous impressions of direct and reflected light from objects around her in the early morning hours. She has also been working continuously since 1999 on another series entitled Freaks: Viruses, Trojans and Other Variants, which includes photographs of people with disjointed features to show them as symbolic viruses (like computer viruses with personalities).

Earlier in her career, she studied painting with Don Baum, artist and curator, and was influenced by the Hairy Who, the early Chicago Imagists. Earning an MFA from the School of the Art Institute of Chicago, she was inspired by pioneering video artist Phil Morton, founder of the Video Area. 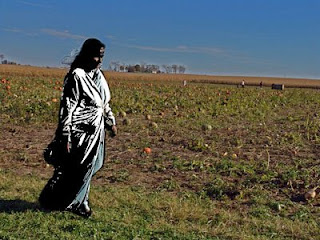 "My art is really a mixed bag. I adapt for my audience, and whatever works for the concept is what I have used or invented. Currently I work in digital photography and video, both experimental and documentary style. As an artist I often reinvent myself." 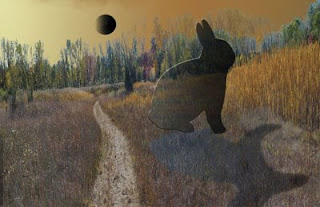 For more information on Nancy and her art, go to http://www.absolutearts.com/nancybechtol.
Posted by Amy A. Rudberg at 4:10 PM